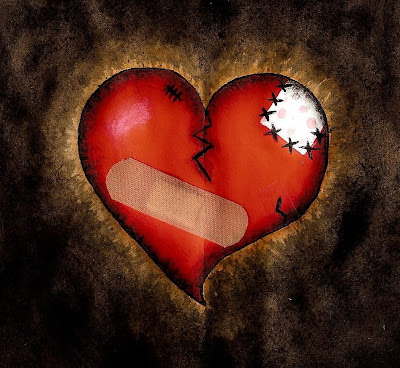 So, we understand that everything isn't always happy, pretty smelling flowers and so forth in the world that we live in. There are sides of life that are dark, and sometimes scary. Places nobody wants to go for the fights venturing into them may cause. For the pain that will be stirred and cast back into lives that need a little bit of peace. For the sake of maintaining civility. Most of us would rather not deal with what I'm about to talk about.

And although being as congenial as possible has always been a goal of mine, the reality of absolutes is something that I cannot ignore.

This stated, we're about to take a trip into a place that perhaps this site shouldn't delve into, but is going to anyway in the name of honoring every facet of true and honest love.

There's this woman, named Susan Atkins. Instead of becoming a productive, contributing citizen; perhaps being a little hippie girl and then settling down like most people of my parent's generation..with a family, and a dog. Raising kids with Flock of Seagulls hair in the 80's..

She murdered a pregnant actress. With Charles Manson. Time froze for her, and the brutality of her actions on the day that she chose to steal decisions that didn't belong to her into her own hands by murdering a woman and her baby became the one thing that would define her forever.

Susan Atkins is now dying now on death row. She's in the advanced stages of cancer, and won't be alive much longer. She's already had a leg amputated, and has become pretty weak and is no longer ambulatory.

And there's a fight going on. Her husband has asked that she be released from prison, in order to die at home.

So now, we come to the subject of grace.
Quite a few of us have been brutalized in some way, shape or form. Our souls have been twisted into contortions that no words can accurately paint a picture of for the rest of the world to be horrified by. The pain is enormous, and it tends to shape us into the person we live as for the rest of our lives after whatever horrible thing was inflicted upon us has done its damage.

So who in the world is Susan Atkins to die at home after destroying life like so much worthless nothing? When she did what she did, time stopped for so many people. But perhaps it's time to let go. Maybe, open our fists. And let go of the awful thing that drives us after we've been damaged by it. We don't even know what we're doing. But we hold onto the ugliest parts of the worst things that have been inflicted upon us, and become heroes to ourselves by using it to say 'See, it didn't hurt me. I'm moving on and I'm doing JUST FINE!!!' (:angry face:). But it did hurt us. It's still stabbing us in the little sweaty hand we're using to hold onto whatever it is that's torn us and the anger just keeps on swarming around us because polite society says that justice is this:
To bring up the awful every so often. Ride on the backs of those that hurts us under the guise of being a champion over adversity, and with smug faces.. say 'I did it! I overcame!'

Well guess what. You didn't 'do it.' You didn't overcome anything. By writing books, and giving speeches, with an occasional dramatic outburst about the injustice of what you're been through, you're stopping time. You're making the day that someone ripped open your soul a holiday of sorts, to celebrate your victim hood. Woah..How dare I say such a thing!

Don't put your self-rigteous mad face on and get ready to type something awful to me just yet. Read on...

True victory over the tragedies of life is looking the aggressor in the eye and seeing them as the same human being that you are and saying, 'I know you hurt just as bad as I did. It's over now.' Hold the hand of your enemy and help them heal, to help you heal. Am I denying the visciousness and the terrible consequences of what Susan Atkins did to that woman and her baby some thirty years ago?

Nope.
I'm saying that mercy and grace don't pick and choose who's worthy. True love is never deserved. And that part of the reason our world is in such a shambles is for a very simple reason.

I know two little girls who beat the living crap out of each other if they're left alone to do so. They're sisters. Constantly competing to prove that one is the better, more perfect offspring. The other day, one of these girls socked the other in the face with a very large book. Immediately, their mother made them hug. And then proceeded to direct the victim of the book attack to serve her sister lunch.

So, the reason makes sense. When we're stripped of our anger, and the terrible manifestations that come of being the self centered people that we are, we're just that. People. We get hungry. We all hurt, we all have to go potty. Susan Atkins is just like me. She just, showed the same awful nature that I have in a different way in direct accordance with her particular situation.

So I'm telling you to let your captor go home. They're only your captor because you let them continue to be that.

Next,
you should serve them some lunch.
I won't argue over this. I refuse to. Just do what I said to do. Find the person that's hurt you the most and make them a sandwich, immediately.

to read more about Susan Atkins, check this out.