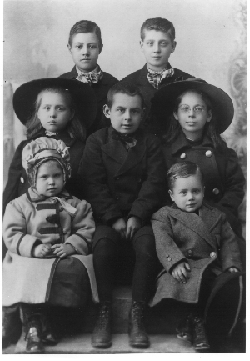 I promise I'm not about to preach at you. I'd like to begin this post by informing you of my position regarding the use of information. If it works, go with it. No matter where it comes from. Agree or disagree with the source, but if there's any value to be had in a statement or idea, no reason to throw it away because you don't like the author. Just wanted to clear that up before I continue with you thinking this is some sort of subversive attempt at shoving something down your throat that you don't want anything to do with. It isn't.

MOVING RIGHT ALONG!
Many of us have experienced some pretty heinous rejection in our lifetime. For a life to be thrown away, a beating heart. I'm really not sure what to make of that. They say that if you don't care for others, if you're so willing to disregard another life, you probably don't have much regard for your own. I don't necessarily agree with that. But that's for another blog. The point here, today, is the measure of human worth independent of the vacillating standard that sometimes says otherwise.

Between 1854 and 1929, hundreds of thousands of American children were herded onto trains to be sent to any takers that would have them along stops all over the country. These children were victims of poverty and disease, usually. A Christian man saw the plight of the sometimes very young babies that walked streets all over the U.S. with no shoes, wearing rags. At this particular time in American history, there were no social programs to assist our people in such large numbers. It was our job to take care of each other, and our citizens agreed.

These babies were picked up, scrubbed and given shoes and a change of clothes with a cardboard suitcase. Not every child on these trains was an orphan. Between the Stock Market Crash of the 1920's, and diseases with no vaccines to be heard of, mothers were dying and daddies had no idea what to do. One little man, who's family was torn apart this way, remembers it this way.

"since I was the oldest, I'd been instructed to look after my brothers. The pink, stamped envelope with Papa's name and address on it made a
crackling sound as I touched it. He'd given it to me the day before, when he'd visited the orphanage to say
goodbye. "Write me when you get settled," he'd said. Then tears began running down his face."

Up and down the aisles, the man continues to explain that you could hear tiny sobs and scared little voices whispering with the rocking of the rail cars. Dealing with a child's uncertainty meant being a man or a woman, and as my grandmother used to say, putting your shoulders back.

These children endured rejection of the searing kind. The generation we're discussing right now had no outlet for their pain, save their own shoulders.
And nothing is really new under the sun, as King Solomon told us many, many years ago. The same thing happens in every city and town all over the world today, just manifested differently. Three year olds wander garbage dumps in South America. They, as the children that came before them generations ago, don't have shoes either. Here in the U.S. the abuse and rejection has become creative. Hurting our babies has become almost an art. And so the walking wounded have Zoloft and Paxil and group therapy sessions. But the mother and the daddy, the hole, they can't be filled or replaced by manipulating neurotransmitters or attempting to move the pain from your soul to a statement to others.

So I'm telling you, that just like back in 1855, when a Christian man decided that it was his job, concurrent with his beliefs, to take responsibility for his community, that's what I'm asking you to do right now.

The name of the boy who lost his only hope in that pink envelope is Lee Nailing. Bitterness bloomed in his young heart immediately after he discovered the only thing he had to hold onto, his pink envelope with his father's address on it, was gone. He was shuffled through many homes until a Mrs. and Mrs. Nailing of the Christian faith, allowed their beliefs to guide them to this little boy. They called Lee down to dinner his first night in their home, and scolded him for grabbing a biscuit before grace was said over their meal. Mr. Nailing began his new family's meal by addressing "our Father", and ended it with thanking the same father for blessing them with a son, and asked for guidance in their choices as they raised him in Christ. Lee Nailing explained that as he listened to the prayer, he was amazed that these people considered him to be a privilege. He looked over at the empty seat next to him, with a simple, (even dumb by most standards) deduction that this invisible father must be in that chair.

Lee grew up to be a productive, successful Christian man. One of the very last statements he made when sharing his story to be documented as part of the history of the Orphan Train was that "Although I didn't know where Papa was, or how I could write to him, I had the
strong feeling that I had found not one but two new fathers, and I could talk to both of them. And that's the way it
turned Out."

Though his mother and father foresook (is that a word? I don't think so. crap. foresaked?) him, Christ received this little boy. The resilience that was birthed of this generations struggles built a nation who's shoulders we stand on today. The same shoulders they were told to "put back" and carry on through drought, starvation, disease and war.

So I'm telling you that you're capable. Your mother and father may very well have thrown you away. Someone has probably hurt you. That pain can be used to impart the most powerful, and only thing that can truly save this world. That thing is Love. Love equals hope. It equals the strength to push through and make beauty out of ashes. Through what some would call serendipitous events, Lee started off in a home with folks who didn't really love him after being taken from his father, and was kicked out for letting their chickens out of their coop too early in the morning; and thereby sent to a home with the parents who saved his life.

Like Lee, try having a little faith in providence. Then, use your pain to make this world a better place. So your shoulders can be the ones that hold up the broken long after you're gone. That's really what we're here for. Remember, it's never about you. And it never will be. For more on the Orphan Train and how it helped to shape our country, check out this video.