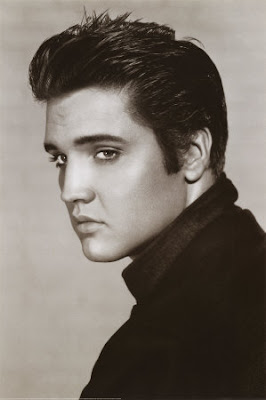 There's only a "me". No "we" to it. I just refer to myself in the plural to make you think there's a large number of professional sorts of thinking folks collaborating for the greater good. Sounds important.

So I wanted to be a little honest. I'd like for you to know why I do this. Or, don't do this, since I haven't been keeping up with this as much as I should. I know that not too many people read what I write. That's cool too. I don't need masses of followers or anything of the sort. I just think a lot, and I'd like for someone to be set on fire by the hope and love that I'm starving for the whole world to understand. When it's what compels you, there's a sort of desperation that takes over and you can't just shut up about it. Love is the "it", by the way. I tend to use tons of pronouns. I think that's a woman thing. Sorry.

I'm not much of anything. I've made mistakes. Everybody does. But my mistakes were epic. The kind rooted in pure selfishness. But in a different way. Since I'm a feeling sort of person, everything I do is in gargantuan proportion. Like the animals in the Galapagos Islands, my emotions are disproportionately, inappropriately large. I recognize this, so I don't really share them very often. When I'm mean, I'm ridiculously over the top ruthless mean. So, I've left a trail of brokenness behind me that's going to leave a legacy of so much hurt. I don't now live my life for others to make up for who I've been and what I've done. I do it because I was built this way. Even when I was hurting others, I still longed to un-hurt them. I'm not sure how to explain that either. I just know that my desperation for the human race is ultimately what has always driven me since I was very small and that love is not intrinsic to me. I'm not capable of caring really. I've run people off the road in ridiculous fits of road rage, with this horrible anger. And that thing that God put inside of me to love no matter what takes over and I go back and help them out of the ditch I put them in. It's not guilt either. I don't have too much of that or I'd probably have offed myself in a warm bath tub a long time ago.

I've got a point. Just bear with me, please.
You see, I've been wronged just like you have. But again, the thing. the "Thing". It makes it impossible for me to to do nothing else but love in return. Anger never lasts long with me. And I can't make you be like me. That would suck anyway because all the world would end up laughing constantly at things that aren't very funny, running into walls all the time because their mind works faster than their brain and making spaghetti and flan for dinner for 2 week stretches because they have weird food intensities like 2 year olds who will only drink apple juice and eat crackers for a year. Also, they'd stare at engagement rings all the time and talk about how Mr. T would handle situations when tough times arise. He's a great guy.

My point in all of this is to tell you that I'm the kind of strange that isn't cool. I stumble all over the place and get confused, I think a million miles a minute and most of life is hilarious to me. When it hurts, it's a searing pain that I have no one to tell. I say bad words too much also. And you know, all I want is for you to see the wonder and beauty of the gift of life for what it is.

There's the Evangelical movement. I'm talking about Jesus right now by the way, I know I'm pretty fragmented when I get to explaining things. Sorry. Again. So, moving on...
the Evangelical movement thing. I don't even know what that is. I know there are people that are on t.v. Sarah Palin for example. There was recently a picture of her with her hands raised, being "blessed" by members of her church or some such. So we see these images. Boxes of gestures, catch phrases like "blood on your hands" or, "HAVE A BLESSED DAY!". Pictures of folks in suits that carry guns on weekends and donate to Focus on The Family or something and listen to country songs like.."Jesus Take the Wheel." This box of Americans is what Christianity is known as today.

I'm not that. Those people tend to hate me. I'm a low income single mother with no education and not one pot to piss in. I have a really cool short bed truck though. I can't wait to get it painted too. My 20 year old Chevrolet > *. I don't dress as cool as I wish I could. I haven't found a church that I like. I love everybody, even when I dislike them in tremendous ways which is more and more common with me as of late. And my adoration for the heart of Christ consumes me and it never goes away. I struggle privately, again because of my mistakes. But I have a singular focus. Like I'm looking through a camera and all I see is a giant heart! This focus is so huge and amazing and I thank Christ for allowing me to see this tiny glimpse of the fundamental truth of who He really is. I swear to you that yes, I am a follower of Jesus Christ and that He is the reason for this blog because it's all I can really do right now with "The Thing." So that's what you're really reading about. The practical application of the heart of Jesus Christ.

Sometimes, true love is angry. It sucks too because it doesn't cater to what I feel. It caters to the bare honesty that's contradictory to everything our shattered souls crave to get us through another moment with out it. It's a baby with colic that's been crying for three weeks non-stop. They do that too. Love is confrontational, at best. It backs you into a corner and makes you madMADmad! It's intensely tender and strong and safe. It's not what those Twilight books poorly attempt to intimate. It's pure and doesn't tolerate b.s. very well.

So that's why I'm here. I'm a messy person that irritates a lot of people every day. I'm loud and obnoxious. But I'm quiet too. I'm so opinionated when I have no right to be because I've messed up so, so much. I'm desperate, desperate. I'm so desperate to show you that right where you're at, RIGHT NOW. IMMEDIATELY. I'm a mess. There is no difference between myself and the idiots that steal those Jazzy wheel chairs from the grocery store because they're drunk and it seems like a good idea at the time. You don't need to be an important person in a suit to have a voice. Christ was the guy took the time to care about a prostitute going about her business in the street. He was also the guy that didn't compromise standards for the sake of the pretend kind of love that that inevitably breaks our hearts after which we turn to yoga and Dr. Phil to sort through the aftermath. He's so much. I don't even know. He's huge and brilliant and perfect and not what you think He is and I know I don't have enough clout to get you to listen. I don't have a PhD in Jesus-ish. But I know enough.

Love is revolutionary and it's the thing we search for in pop culture and it's what we're reaching towards and it's right here for you to grab. But it isn't cool enough.

If you knew me you'd know that my life and who I am is a portrait of hopelessness and failure. You'd laugh at me and call me a hypocrite. I understand that too. If you knew the truth. I'm not even kidding. So I decided that there are a billion million trillion things on this planet, the realm that we live in. That need to be addressed in direct proportion to what's true and good and correct. Because I drew a line years ago and I don't deal in gray areas by the way. And you have to know these things. You just do.

This will most likely be the last time I directly address you from such a personal perspective. I don't like to do that, you see the results of me opening up. It's like somebody puked a bunch of sunday paper and you're trying to find the coupons. The beating hearts of the masses, everyone you see and hear. You too. Are crying out for revolution and there's an answer and I'm only one voice and I'm sure there are many who don't agree with me and think I'm wrong. But I wanted you to know that there's another way.