♥How To Grow A Soul♥ 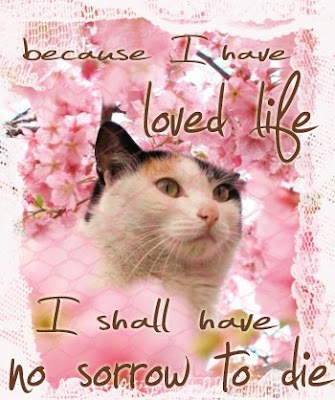 Hello again! It's April, which is amazing. SoL loves all seasons, because they're all beautiful in some way. In the early Summer dust storms in Texas, the sky turns brown. Everything is gross and the color of Earth and when the sun filters through the dirt into your windows it's as if your home is built in mud. Dust storms are also pretty eerie.

Then the tornadoes come. They turn the sky into brilliant colors that don't align with what makes sense in terms of atmospheric normalcy. Lines are drawn through the horizon, and the sky takes sides and is on the cusp of arguing with itself. It's as if good and evil have manifested in the Heavens, to ensure that we know they exist. Black and blue and green and the clouds race to move away from the argument that's about to take place and then the hail comes and all we can do is standby and watch and pray for no injuries and that we're able to hold on until the storm is over.

These storms give birth to bright purple blue bonnets that babies all over Texas are placed in the midst of for a traditional photo that only Texans can appreciate the sentiment behind. Indian Paintbrushes move with the wind that chases butterflies and nasty bees up and down the flat Earth.

After the short life of the spring flowers the wild fires move in and clean up the residual petals and leaves and force animals out of hiding.
Texas is an amazing place, and so is the rest of this Earth.

Did you know that there is an Island, part of Yemen, called Socotora? Socotora is an absolutely amazing, wonderful place. It looks like the setting of one of those crazy 70's movies with Ape people and dinosaurs with a Centaur for the mayor. The trees appear to be upside down, and have names like Dragon's Blood. The flowers sprout from things that appear to be the legs of triceratops. The cucumbers on this island grow from trees. Socotora frightens me, but in a good way.

To see the complexity and order on this Earth, is to take a look at beauty that has a definition alien to everything we hold to be true. There are plants that thrive in nothing but rock, and fish with horrifying mouths that live in places no other living being could survive. Bacteria that require thousands of degrees temperatures and the gift of cherry blossoms from Japan that our nation's capital wears as her prom dress for a moment every spring.

We have no reason to be without hope. Of course the probability that you live in any of the places I've described here is pretty low. But that doesn't mean that you can't stand at a puddle and wonder about what sort of communities are thriving on the sidewalk in front of your house. I actually do that too, because there's an indentation in the concrete of my sidewalk where water collects and I stand with my children and we silently look over the water in awe, at least a couple of times per week.

Call me a romantic, or just dumb.. but when you are of the mindest that this world is full of incredible possibilities, and that life will make every possible effort to find a way to survive even when there's nothing to support it's existence, you have hope.

I stand amazed at the intricacy of the design that our Creator thought of in terms of the infrastructure of this world. Every single living thing was patiently and perfectly made, in such a complete and thoughtful way. Perfection is what is to be found in imperfection, and as I stand on my porch and watch the baby bunnies try to hide from me in the giant pre-historic looking hosta in the back yard that was made just to shelter them, I can't help but be thankful that I have the opportunity to witness life thriving at my feet.

It's not possible to be sad in a place like this.
So, stand over a puddle and wonder at what's going on in there. Consider the vast universe going about survival and thriving to make it on a carved out piece of dirty concrete. If that doesn't move you, then you've chosen to ignore the fundamental truth that there's too much potential in you, and the rest of the world, to be wasted on sorrow.

to learn a little more about Socotora, visit this place, and be amazed!