♥My Favorite Color is Clear♥

Hi there. Someone once said that in order to make it past pain, focus on others. I always say, beauty comes from ashes. So I'm going to focus on others. I don't feel that my problems are the business of the rest of the world. Unless you're going to gain something from it, there is no place for my burden on your shoulders. But I will try. Today, I'm going to be transparent. I'll use the bad things in a good way and pray that you grab on to them and see what's good and right and that way, those bad things won't have been for nothing.


Something hurt me. Something hurts all of us, every day. My pain is no more unique or special or worse than yours is. But I'm too weak to handle it. After 30 years I've finally said:

"It's my turn. It's about me now. Not you. I'm giving to me and not you and I've had enough and no one will ever hurt me again and blah blah blahBLAHblahannoyingselfrighteousselfishnonsense."

So, I went to the hair doer lady. And I told her to put as many colors as she could fit onto my head and give me a mullet. She did. I look like what would happen if this guy: 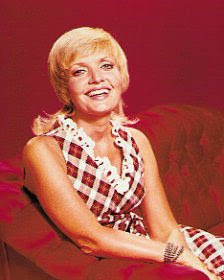 Next, I got something that looks like what a drunken sailor after church would have, tattooed all over my back.

I quit my job. I DO WHATEVER I WANT! IT'S AWESOME!

My pain is bigger than me. It's finally come to a head. I've been mopping the hell out of my floors and vacuuming up specks of dirt I made up in my head that aren't really there and doing 948375 thirty-nine loads of laundry a day. Because I want to be perfect. If I can't be that, I have to face what hurts, and then I have to face that I'm not perfect, then I have to face that I look like what happens when Puerto Rican clowns attack and that I spent way too much on that and then I'd probably crumble to the floor and dissipate into whatever hateful, hurting almost middle-aged women dissipate into when they just can't handle any more.

I woke up this morning and my back was sore because I decided to have this huge statement thing carved into me. I'm going to look like an idiot when I'm 80. And it didn't change anything. I have a brand new car and I can do whatever I want whenever I want to do it but I can't bring myself to leave my garage unless I absolutely have to because the past eats me from the inside out and regret and the hurt that was never healed scream at me and I can't make them shut up.

I made up a game when my life was not so good. I would sit and say to myself,

"Hey! Live or die. Make a choice. Right now. If you're going to live, get up and live. Move your feet and your hands and the rest of you and do it. If you're going to die, get it over with. Kill yourself. Don't lay there and exist. That doesn't work. Even animals go after food until they can't anymore."

Then, I would think of what I had to be thankful for. Of all of the reasons why life was beautiful. I would say to myself:

I can breathe.
My arms work.
I have teeth.
I'm not cross eyed.
I'm really good at playing solitaire.
I don't have to eat bologna if I don't want to because bologna is gross and isn't even real food.....

So that's what I'm doing. When it hurts too much, when it's too big and you can't hold on. When the pain is so huge that you cannot breath and you're sick and damned tired of it. Just pick up your foot and walk. Move forward. Be thankful for toes and eyebrows and buttons on your shirt so your lady business stays dignified and steering wheels in the car because if your car didn't have a steering wheel that would suck. Just move in increments so small that maybe nobody else can see it. But do that. Don't be like me. Don't spend money on terrible hair and ugly tattoos and purses that don't really do a damn thing at all. Instead, decide to keep moving. Even if you have to crawl. If you need help with that, I'm always here.