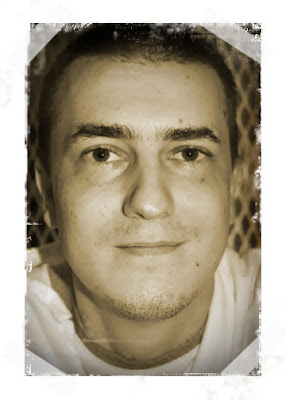 Joseph's mom was a drug addicted alcoholic. She did not want her children. As a result, Joseph was taken away from her but not before he had to endure abuse and neglect typical of what the helpless must face when the broken are charged with their care and safety. Joseph lived in more than 12 foster homes before he was old enough to be discharged into a world where the people who volunteered to protect him from the abuse he was supposed to have been taken away from, perpetuated the cycle and abused him some more. Joseph's aspiration as a child was to become as U.S. Marine. So that he could legally kill as many people as he wanted to.


Joseph never got that far. The military tends to frown upon folks who have issues with substance abuse. 2 years after attempting to join the armed services, Joseph murdered a 64 year old man.

When Joseph was 29 years old he was executed by the state of Texas for the murder of Robert Ratliff.

Charles was born in Ohio in 1937 to a 16 year old who had no idea who fathered her son. Shortly after he was born, Charles' mother sold him to a waitress in exchange for a pitcher of beer. After time in prison for robbing a gas station, his mother picked him up from the home of the family who had taken him in, and the hug she gave him the day she got out of prison is the only happy memory he has of his child hood which was spent in dirty motel rooms with the woman who sold him for beer. Charles Manson is now serving a life sentence in prison for numerous murders in California. His most recent interview in 2007 was so incoherent and irrational, that most of it was unable to be used for broadcast. He is now 75 years old.

Christina Marie Riggs was the mother of 2 children. Both born after enduring abuse that she was called a liar for when she asked for help to make it stop. The fathers of the kids weren't much help, unless you consider punching her toddler son in the stomach to be a supportive role model. Christina worked 2 jobs, because she needed income to support her growing babies. But it wasn't enough. She had no help. She wasn't sure what to do. Every adult in the 3 generations of her maternal family that came before her had attempted or been successful at suicide. After her car registration and insurance expired and she had no way to bring them current, Christina slipped into a blackness that she decided was too dark to see a way out of. She obtained potassium chloride from her employer, a hospital. And injected both children with the drug after giving them a sedative to ensure that they would not feel their deaths. Postassium chloride forms ionic bonds, which then conduct electricity, which then disrupts them rhythm of the heart resulting in cardiac arrest. Christina's daughter died immediately. But her son awoke from the burning of the potassium as it entered his veins, and so she held and rocked him as he cried in her arms, until he died. Christina then injected herself with so much potassium chloride that a significant hole was burned through her arm, at which point she passed out and was found near death next to her dead children. Christina repeatedly begged the courts for execution, even as it was successfully argued that she suffered from severe depression as a result of a situation that seemed hopeless. Christina did not want her children to endure a life of being separated from each other after her death, and so she decided that they needed to die with her in order to spare them the same hopeless existence that she was now giving in to. She was ecstatic at her execution. Christina's last words were "Now I can be with my babies, as I always intended."

I could go on forever. We see these monsters. We look in their faces and would spit on them if we could. But we make them what they are, and then intervene with so much self righteous anger at what they've done to their victims, caring when it's convenient instead of when they asked for help, because it wasn't our problem.

Through out this past school year my daughter would repeatedly mention a girl in her class who's "A TOTAL GENIUS MAMA!!!!!!!!!!!!!!!! SHE'S SO SMART SHE'S LIKE ALVIN EYEBEAN! (Guess who's name she's butchering).

I met this little girl. She doesn't bathe. Her clothes don't fit. I watched her walk through a group of adults, having obviously peed all over herself, at 9 years old. They ignored her. Because she's not their kid. This precocious little girl, articulates herself in ways that no one taught her because they won't even talk to her. I put my arms around her and sat with her while she ate her cereal one morning. She wouldn't let go of me when I hugged her. I didn't know what else to do, and it hurt so much.

Statistics say that this little girl will be those evil people I talked about up there in a few years. We will hate her, and spit on her, shake our fists and point our fingers when she kills or maims. I think it makes us feel better. I don't know anymore.

But when she becomes that, and I pray desperately that she does not,
don't tell me that she "chose this." She did not. No one chooses that. By ignoring them, we're choosing it for them.